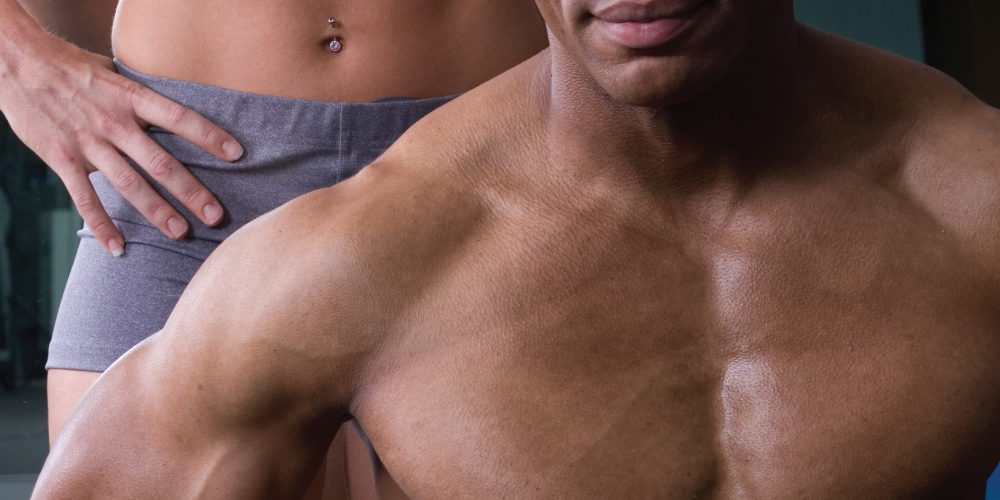 Have you ever paid attention to the way you go up and down stairs? Notice it now. Most people default to using the least amount of energy needed to complete any task. This is because our brains are hard-wired for survival, and we instinctively conserve energy for fight-or-flight situations. The fight-or-flight response derives from humankind’s beginnings as animals living in a predator/prey environment.

A fight-or-flight response is just that—a response, a reaction to a (threatening) situation. Animals conserve energy as a matter of course, in order to support the ability to run away from (flight), or defend themselves against (fight), predators when needed.

The human brain, like all aspects of life, has evolved through millennia of experience and adaptation. But, like the DNA we share with other life forms, the older parts of the brain remain, running on instinct rather than conscious thought and decision. Though we are no longer living in fear of predators, unconscious instinctive prompts continue to work behind the scenes.

And this is where you can make a difference.

You can consciously use your muscles. During a martial arts training session several years ago, teacher Sei Tai Gung James Ibrao explained how to kick properly. He had been watching the class throw kicks—and that was the problem. We students were “throwing” the kicks out, rather than being in control of our muscles. Throwing a kick out is the default action; pushing the kick out while consciously engaging muscles (and, consequently protecting ligaments, tendons, and the knee, hip, and ankle joints) is in control and much more powerful and effective.

After this insight from Sei Tai Gung James Ibrao, I began to observe body mechanics more closely, under the light of strengthening rather than survival. People are not trained to use muscles in a “long-term” way; they default to using muscles for “short-term” survival. During a fight-or-flight response, the only thing that matters is surviving an attack, so scrapes, bruises, torn ligaments, are all incidental in the greater scheme of things (survival). Using muscles for long-term health would include actually using them—in other words, overriding the instinctive prompt to conserve energy.

Conserving energy is a bane of modern-day living, and if we are to survive a sedentary digital lifestyle, we need to evolve the way we use our bodies. Sitting in front of laptops, with devices, at desks for work, all add up to muscle atrophy and weakness. The very first idea to embrace is:

Good posture is important for many reasons including confidence, body awareness, chi flow, spine health, and, regarding the subject of this article—strengthening muscles.

Slumping in front of a computer, “relaxing,” may feel good after a day of work, but this is a short-term effect and ephemeral pleasure. The long-term effects of poor posture are cumulative. Not only does muscle degrade, tendons and ligaments also weaken, and the spine is not supported. Being conscious of how you sit, walk, and move about, mindful of proper body alignment, has great benefits in today’s world. (More about posture here.)

Back to the stairs.

Notice how you climb and descend stairs. Are your legs working like a marionette doll? Is your calf and foot mostly dangling when you lift your leg to the next stair ascending, or simply being used only as a vertical support when descending? Feel the strain on your knee joints. This is because you may not be using your muscles to fully support the actions. If a joint is “loose” because of the lack of its support system working—muscles, tendons, ligaments—injury is much more likely to occur.

Now, try going up and down stairs in the following manner:

2. When you lift a leg, do so with all the leg muscles (which will engage your core muscles as well), rather than using the least amount of muscle to lift a mostly dangling leg. When you place a leg on a stair to step up, make sure your calf muscles are engaged as well as the thigh muscles.

3. If you are grasping the railing, do so with your arm muscles engaged rather than letting your arm go limp.

4. Don’t pull yourself up the stairs with your hand on the railing. Use the railing for support if needed, only to balance. Use your leg muscles to negotiate the stairs.

5. Don’t use momentum to propel yourself forward. Make sure all movement is deliberate, and derived from muscles engagement.

Try this now. If you don’t have stairs handy, then simply walk. While walking, become aware of your entire body and the way all of its parts work together to accomplish movement. Stand tall; use your core muscles to hold your body upright rather than slumping. Deliberately move your legs, and don’t let your feet just drop to the floor.

You’re on your way to developing a stronger, healthier body. And you didn’t even have to exercise.